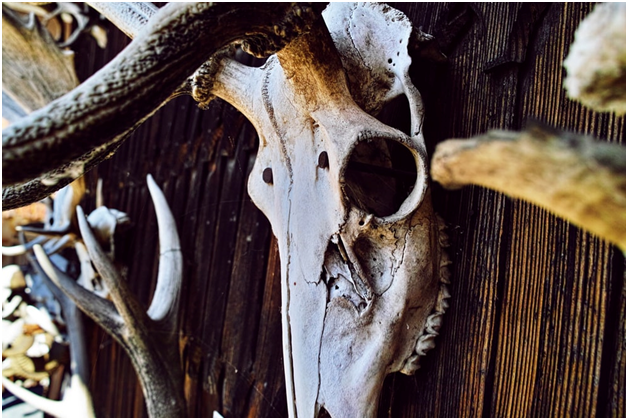 If you are searching for skull cleaning services near me, you may be wondering about the process.

The main way professionals do skull cleaning is with dermestid beetles. This is the way that museums also prepare skulls. These beetles are small, black, and eat flesh. They are easier to contain than other flesh-eating bugs since they can’t fly in temperatures that are below 85 degrees. Not only do professionals clean skulls this way but also it can be a good way to clean skulls as a hobby.

The dermestids are set up in a tub, preferably in an outdoor heated shed. You want to keep the room at 80 degrees. The bugs need a pine shaving or cotton bed. The starter colony should grow a bit before you put your skull in. The skull is frozen, so it doesn’t dry or rot. The beetles are fed raw hamburger in order to help them multiply. Once the colony has grown, it’s then time to thaw out the skull. The skull should be completely thawed before it is placed with the beetles. The skull can be set on a piece of cardboard instead of just directly on the beetle bedding since the cotton bedding can stick on the skull. The beetles prefer to be hidden so a small cardboard box is placed over the skull to provide cover as they begin to eat. The skull is then checked on every 12 to 18 hours to make sure it stays damp. The total time it takes for skull cleaning will vary. The hungrier and larger the colony, the better it is for cleaning the skull. There should not be more than one skull in the area and the skull is removed quickly after the flesh is removed since the dermestids will begin to eat the bone. The skull is then placed in a plastic zip-lock bag and put in the freezer after it is removed because there may still be beetles on it.

The other method for skull cleaning services near me is by boiling it. It will be boiled to the point where the flesh is soft and will fall away easily. It’s also possible to soak the flesh off the skull. This can take a long time but will generally have good results. For either boiling or soaking, it’s important to note that some teeth can fall out during the process but can be glued back in later.

Put an End to All your Plumbing Issues with South...

Plumber: The Main Work Of A Plumber

Five Tips to Help You Hire a Qualified Electrician